Thinking of taking spironolactone for acne? I’ve tried it out myself, so I thought you might like to hear the ins and outs from someone who’s experienced it first hand.

Let’s face it, dealing with acne is no fun. Not only can it be painful, but it can wreak absolute havoc on your self-esteem, contribute to social anxiety and leave long-lasting scars. Yep, as I said — no fun.

I know this, as I dealt with acne for an entire decade of my life. I’d tried every treatment you could imagine to clear acne, from harsh over-the-counter creams and prescribed topicals to the contraceptive pill and bucket loads of antibiotics.

Thankfully, nine years in, spironolactone, and later Accutane, eventually cleared my face once and for all (well, I live in hope!). Accutane is definitely the more well-known and commonly prescribed of the two, but I believe that spironolactone is a great treatment option for women with hormonal acne.

Most people don’t even know how to pronounce spironolactone (I’m still guessing), let alone understand what it actually is, how it works and whether it’s a good acne treatment. So, here’s what you need to know about spironolactone for acne, as well as a few insights into my experience using it to treat my hormonal, cystic acne.

Spironolactone for acne: The facts

Before I jump into the blog, please be aware that I am not a doctor or dermatologist and this article was written based on my own research and personal experience of taking the medication.

Please consult a medical professional if you think spironolactone could help you — and never order medication online.

Spironolactone is a prescription medication which is used to treat a variety of medical conditions, including high blood pressure, potassium deficiency, heart failure and fluid retention.

How does spironolactone treat acne?

Spironolactone blocks the effect of androgens (which, according to my trusty friend, the dictionary, are: ‘a male sex hormone, such as testosterone’). All girls have a low level of androgens, despite them being a ‘male’ hormone.

But for the unlucky few of us who have raised androgen levels, or are just particularly sensitive to ‘em, they can become rather troublesome — and by that, I mean oily skin and stubborn breakouts; sometimes accompanied by the likes of excess body hair, weight gain and thinning hair.

So, yes, put simply, spironolactone blocks the effect of these pesky male hormones, which, in turn, can lead to the pleasant side effect of lowering sebum production and decreasing breakouts.

I guess the first thing to mention here is that, when used to treat acne, spironolactone is prescribed off-label.

But this doesn’t mean that taking spironolactone for acne is dangerous. It goes without saying that your doctor isn’t going to prescribe you anything that they believe is unsafe. If they think you’re a suitable candidate for the tablets, then I personally don’t see anything wrong in giving it a go.

And while data on spironolactone and acne is certainly lacking, the few trials that have been conducted yield positive results and conclude that the long-term use of spironolactone to treat acne appears to be safe. If you’d like to take a look for yourself, click the links below:

It’s also worth noting that spironolactone is a potassium-sparing diuretic. This basically means that it prevents the levels of potassium in your body from getting too low. For this reason, your doctor will need to conduct regular blood tests in order to check your electrolyte levels aren’t getting too high. However, in healthy adults, the general consensus is that this unlikely to be of any concern. 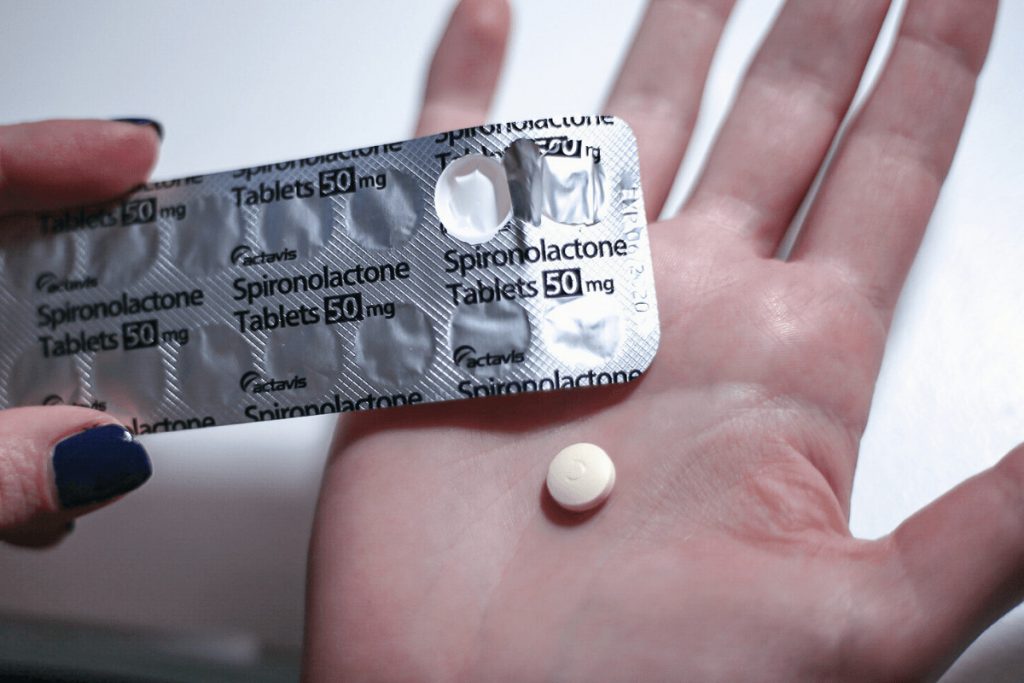 What are the side-effects of spironolactone?

As with most medications, taking spironolactone does run the risk of a few side-effects. I feel it’s important to remember that medications affect everyone differently — so if you feel spironolactone might be the acne treatment you’ve been looking for, don’t let the information below put you off. Some people might experience a few of these side-effects, while others might not experience any. The only way to know is to try it, safely, under the supervision of your doctor.

According to HealthLine, the most common side-effects of spironolactone include:

The less common side-effects include:

How can I get spironolactone for acne?

As far as I’m aware, the only legal and safe way to be prescribed spironolactone for the treatment of acne in the UK is to visit your GP. You might then be referred to a gynaecologist, endocrinologist (spironolactone is often prescribed for PCOS, which can cause acne) or dermatologist (who may be able to prescribe it off-label for acne), depending on your unique conditions and symptoms.

You may find that your doctor offers you topical treatments and antibiotics before allowing you to try spironolactone or Roaccutane, especially if it’ll be your first time using an acne treatment. You could, of course, go private to speed up the process — but I personally went through my GP.

What is the dosage of spironolactone when used for acne?

According to The British Association of Dermatologists, the normal starting dose of spironolactone for acne treatment is 50-150mg per day. I’ve spoken to girls online who have been prescribed as low as 25g per day, or as high as 200mg per day — so it definitely varies.

How long does spironolactone take to work for acne?

The British Association of Dermatologists (see above) claim that ‘most women find that their acne starts to improve after about 3 months of treatment’.

From what I’ve read online from other women taking spironolactone for acne, this seems about average. However, it’s important to remember that everyone reacts differently to medication and the length of time taken to see results will vary from person to person.

Regardless, it’s definitely no overnight fix, so you will need to come armed with some patience.

How long do you stay on spironolactone for acne?

On the positive side, assuming you don’t experience any negative side-effects and are monitored by a doctor, spironolactone can be taken for several years. In fact, a 2002 study deciphered that ‘the long-term use of spironolactone in the treatment of acne in women appears to be safe’.

However, if you were to get pregnant, or were planning on trying, you’d need to stop taking it. This is because spironolactone blocks male hormone activity and could potentially feminize a male fetus. 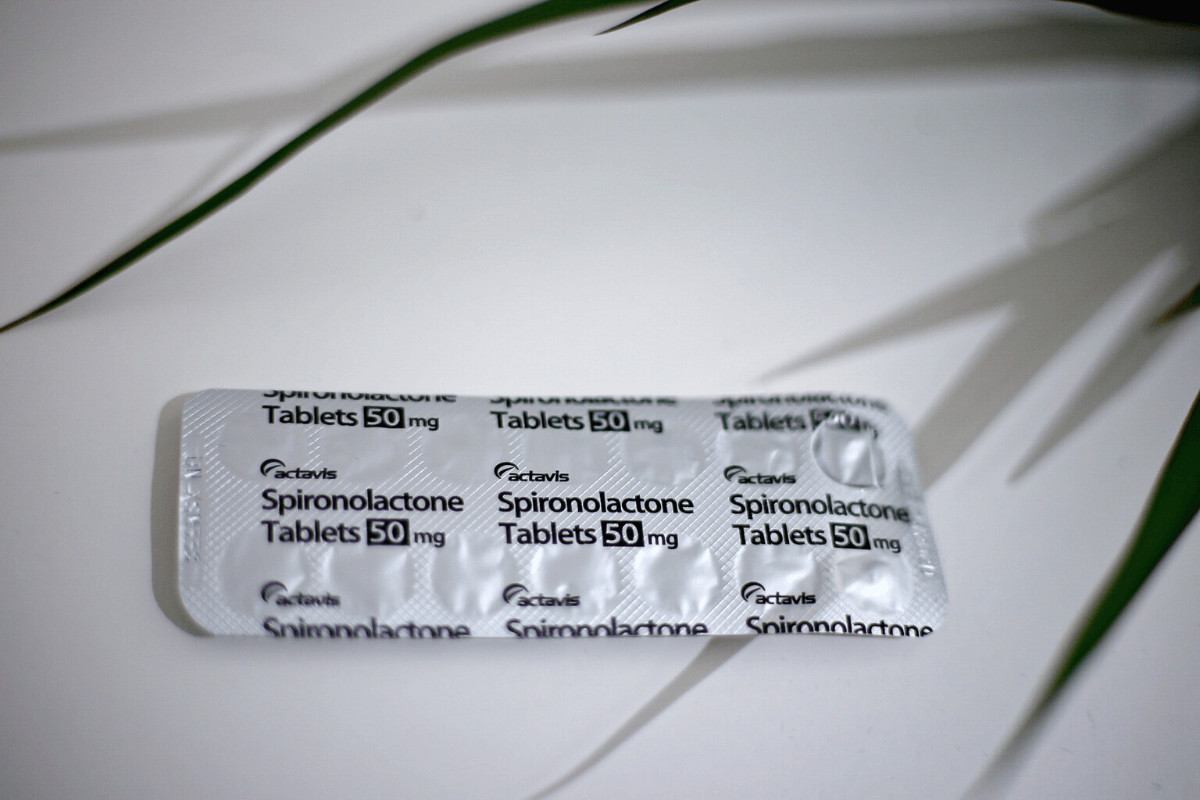 Now that I’ve discussed all the possible ins and outs of spironolactone from a more general point of view, I’ll get stuck into my personal experience with spironolactone acne.

How I was prescribed spironolactone

I’m often messaged by girls asking how I was actually prescribed spironolactone for acne in the UK. It doesn’t seem to be a go-to treatment for most doctors and dermatologists — in my experience, their normal treatment plan for acne is topical treatments, antibiotics, the pill and then Roaccutane, if nothing else has been successful.

But my story is a little different. I’d struggled with acne for years and had tried pretty much everything available in the UK, bar Roaccutane. After University, my boyfriend and I moved to Vietnam for a year — and it was then that my skin went absolutely crazy.

I was googling and googling day-in-day-out in a big to figure out my next move. I found spironolactone and discovered that it was often used as a treatment for PCOS (which I suspected I may have) and, sometimes, hormonal acne. I’d long been convinced my acne was hormonal, mainly as it was centred around my cheeks and jawline, and I’d often have a brief clear(ish) skin spell before it erupted into full-blown angry acne again.

I decided I wanted to try spironolactone and made an appointment at a local hospital in Thanh Hoa, Vietnam. I saw both a dermatologist and a pharmacist, who agreed to let me give it a try under their supervision.

When I got back to the UK, I was worried I wouldn’t be able to get hold of spiro. Luckily, after seeing my GP and explaining the situation, she agreed (though, I must say, with caution) to prescribe it to me with blood tests every three months.

How long spironolactone for acne took to work

As with many acne treatments, my skin got worse before it got better. As my skin started to dry up, my acne took a lot longer to heal and the spots didn’t stop popping up for a couple of months.

Thankfully, I started seeing improvement at about 2.5 months in and was mostly clear by month 4. By month 5, I was acne free. It was actually pretty amazing at the time, after becoming accustomed to a bucket load of swollen spots on my face. I kept feeling my face in the shower and just feeling overwhelmingly grateful for spironolactone.

However, I should point out that I did still experience minor monthly breakouts on spironolactone. They were far more manageable than what I was experiencing prior to being on the medication, though — so they didn’t bother me too much to begin with.

If you’d like to find out more about how my skin reacted, you can read my month-by-month spironolactone journey.

The spironolactone side-effects I experienced

Why I stopped using spironolactone

The longer I was on spironolactone, the less of a positive effect it seemed to have on my skin. While I did have lovely long spells of clear skin, I also started to experience regular cystic, under-the-skin breakouts again. They were nowhere near as troublesome as before, but my skin was starting to scar.

Along with the worry of the hair thinning side-effect, I craved a more permanent fix and to be able to be medication free at some point. I made the decision, along with a dermatologist (it took some time to get an appointment through) to try a 6-month course of Roaccutane.

I switched straight from spironolactone to Roaccutane with no trouble at all. In fact, I think the months of spironolactone treatment actually made the whole Roaccutane journey far easier for me. While most girls I saw online experienced an initial breakout, I didn’t have one. I feel this was because spironolactone had prevented my skin from becoming super clogged and congested, so there just wasn’t all that much to come up.

I’ll be creating a similar guide to my experience with Roaccutane, so stay tuned for that.

Spironolactone for acne before and after

Spironolactone as an acne treatment was definitely a bit of a miracle worker for me, at least to start with.

Here are my before and after spironolactone for acne photos — first, immediately before my treatment and second, around 4-5 months in. 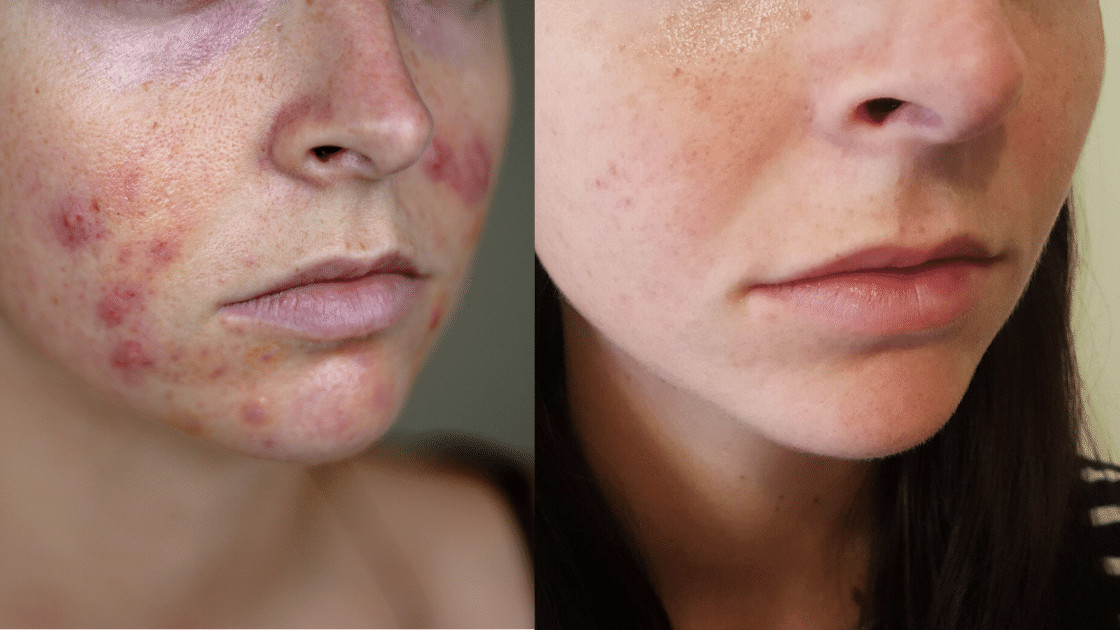 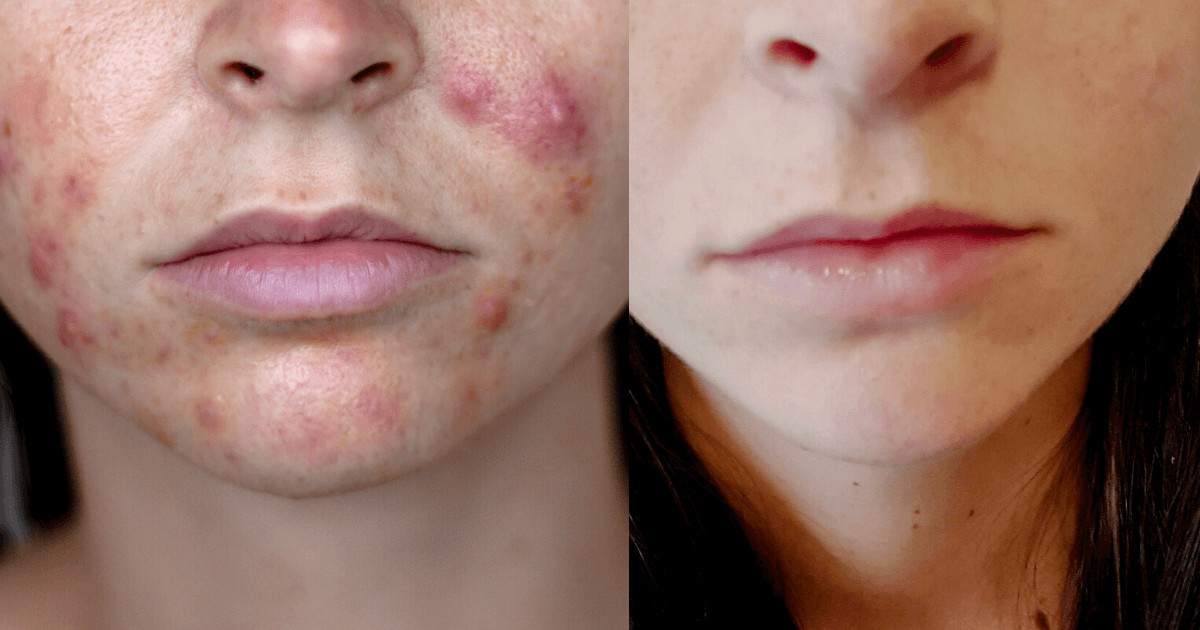 Spironolactone for acne: My final thoughts

While I’m no longer taking spironolactone, I’m still really thankful for the medication for lifting me out from some of my lowest days. It truly worked miracles for me at first, and it’s a shame that it didn’t work out for me in the end (why am I talking about an acne treatment as if we’ve broken up?!). Regardless, it’s super important to remember that medications work differently for different people — and just because I experienced certain side-effects, it doesn’t mean you will.

If you’re just starting your spironolactone for acne journey, my top tips would be to drink lots more water, adjust your skincare routine as you go on, don’t expect an overnight fix (you might not notice anything for the first couple of months, but hang on in there) and make sure you turn up to your blood tests — they’re important.

And remember to love yourself regardless of what your complexion looks like; you are and will always be much more than your skin. If you’re feeling low, connect with the acne community on Instagram — we’re here to help you!

Like what you read? Before you go, check out my recent posts: 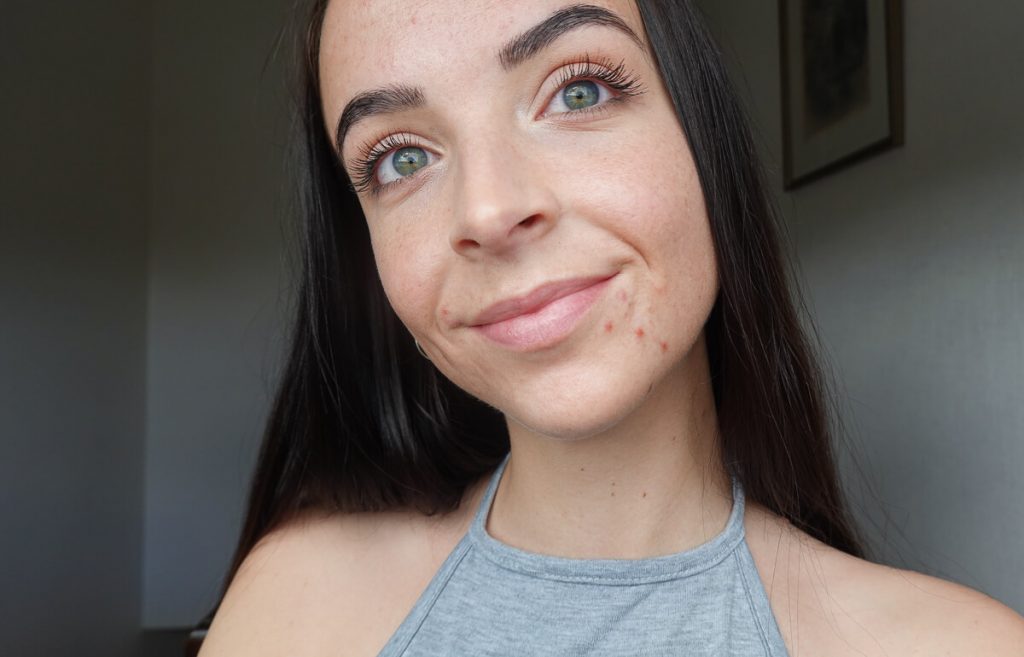 How to feel confident with acne: My story & tips 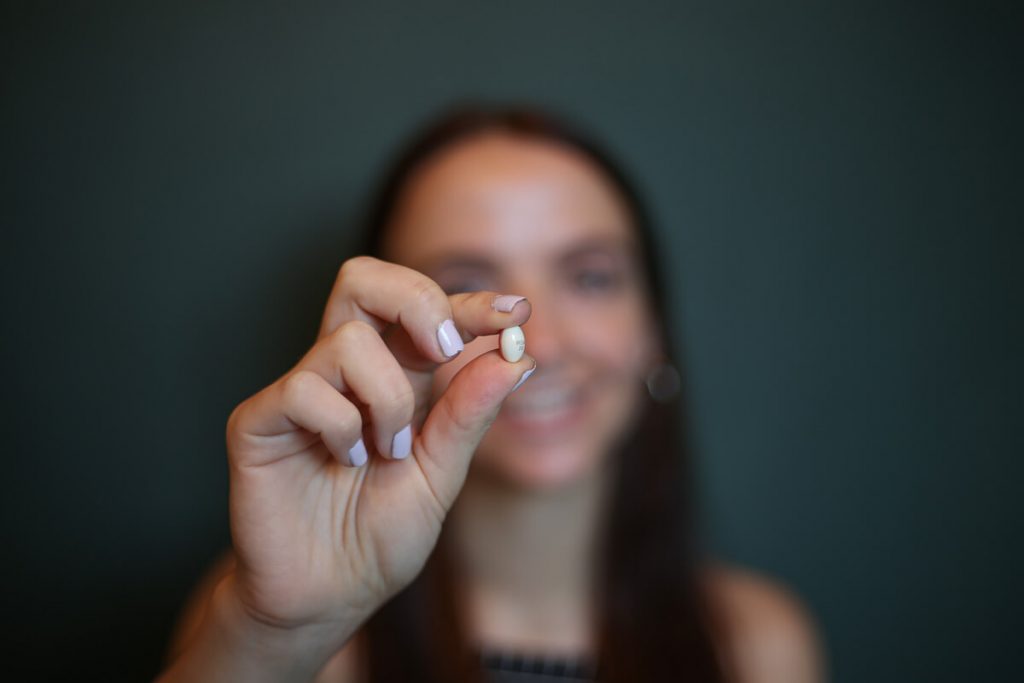 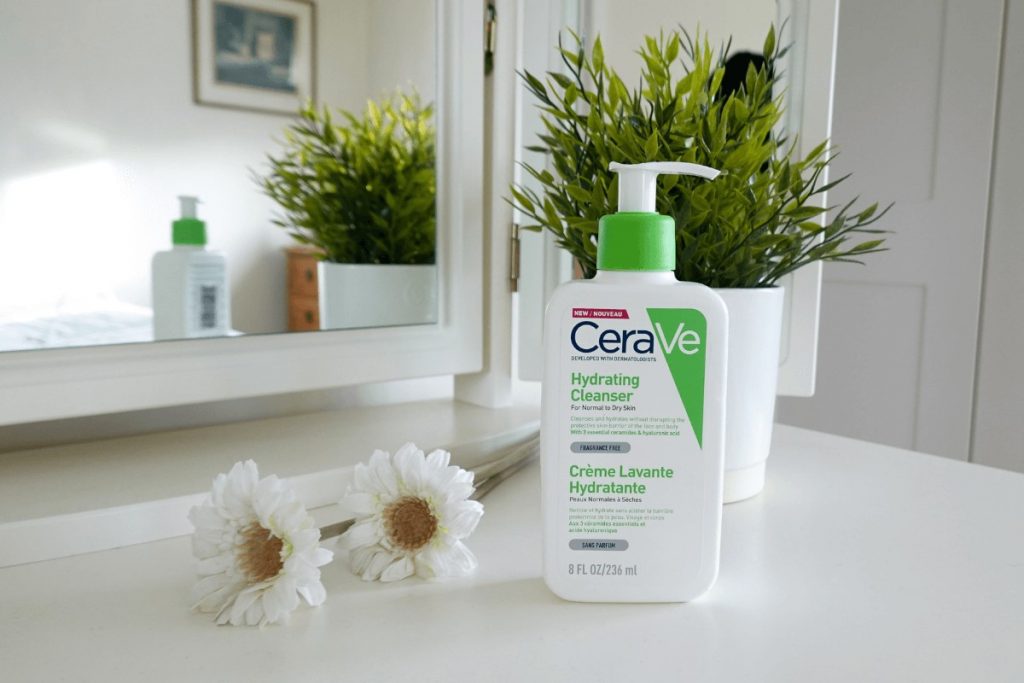 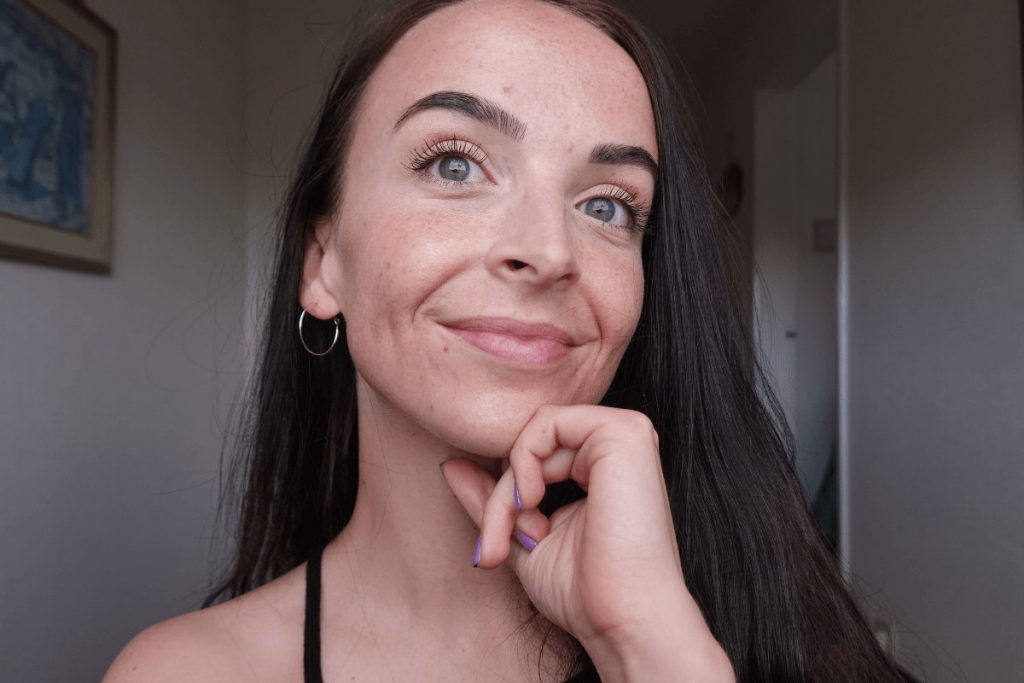 10 responses to “Spironolactone for acne: Complete guide + my experience”